Howick Village Association’s recent ANZAC Sound and Light tribute in Fencible Park was a new initiative that was attended by hundreds members of our community.

This commemorative event ran for four consecutive nights and gave an emotional and engaging story telling of the young men and women from the East Auckland area who gave their lives during WW1. The tribute was set in Fencible Park among the white crosses and poppy display which is installed annually by HVA.

This event was featured on TV3’s ‘The Project” on the Friday 22 April programme and was part of the Auckland-based live broadcast.

HVA would like to thank Dougal Laing who created the tribute, Phil Dark (narrator) and Michael Rowse (technical expertise) from EastFM for their involvement in this project.

Howick RSA supported by having poppies available at the event.

Howick Village Association will be repeating this poignant tribute in 2023. 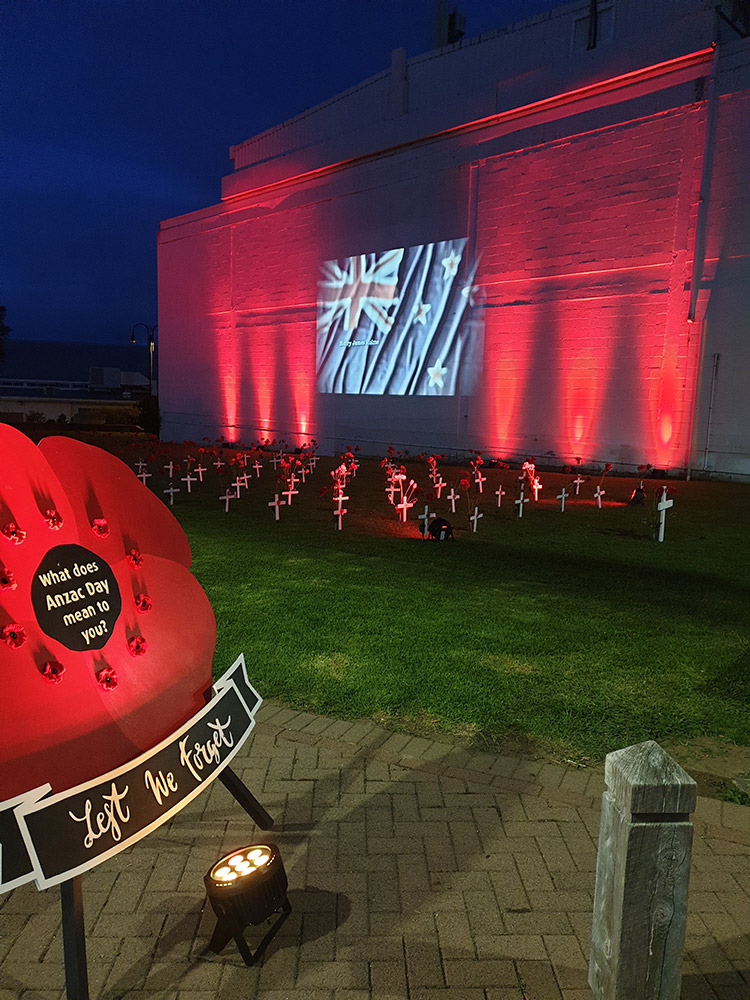 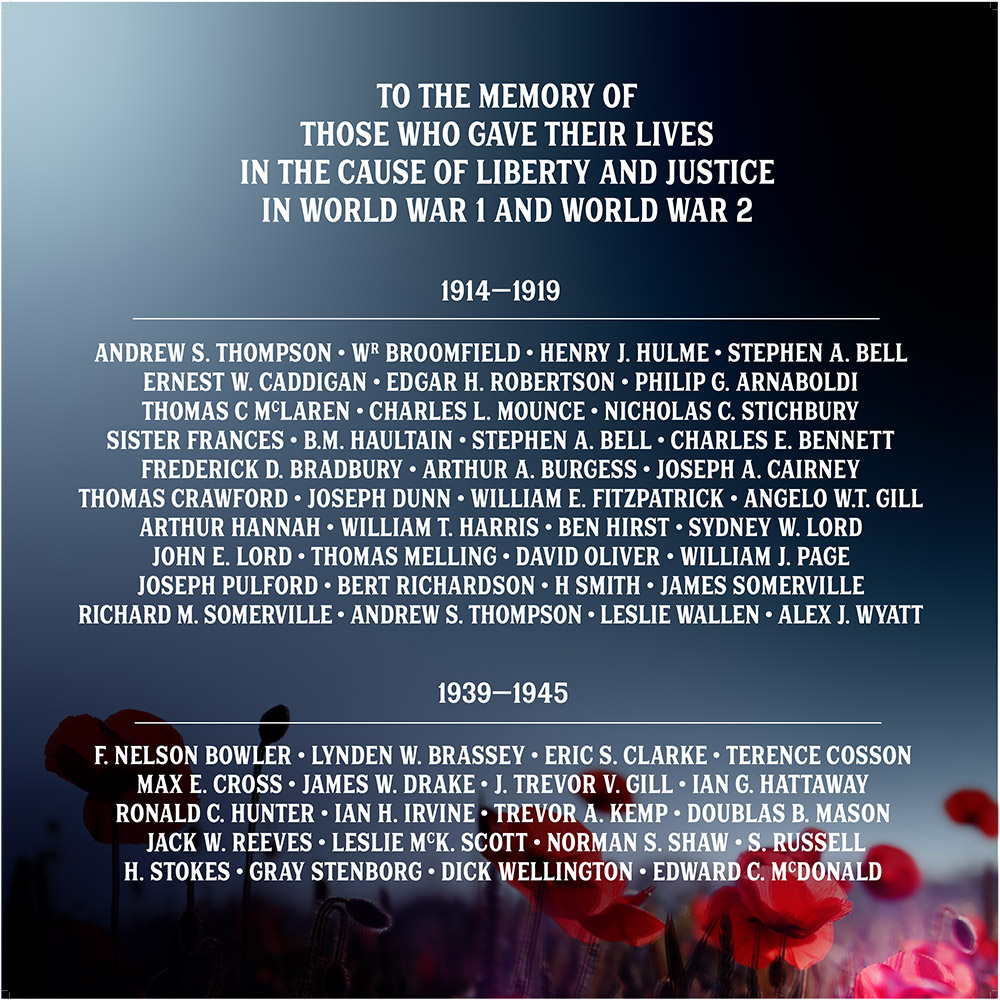