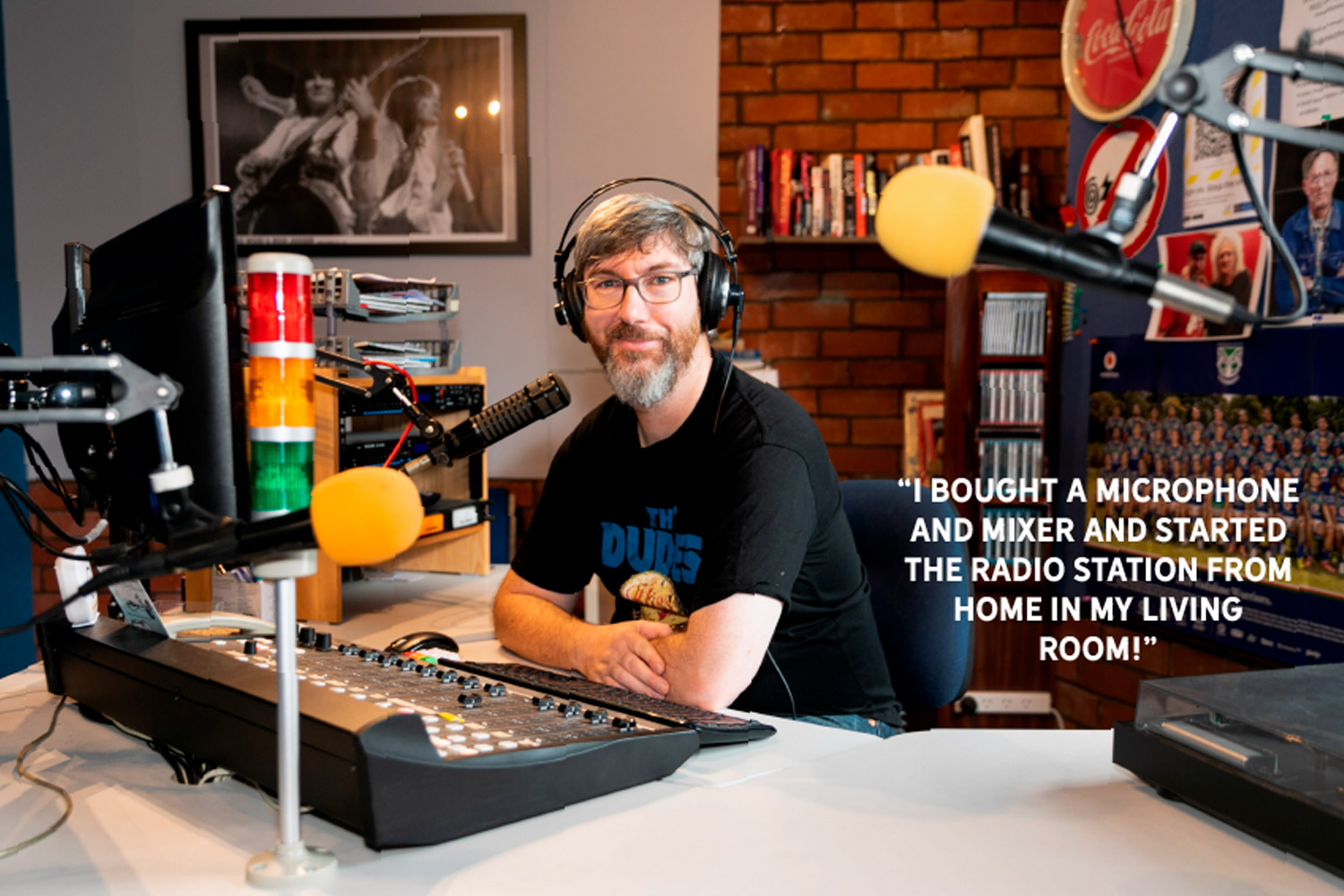 “I’ve been the station manager at East FM since 2008. I basically take care of everything here, whether it be new staff, training, any paperwork, programming, or daily schedules. I’m also a volunteer; we all are. There are about 30 of us here at the moment.

I used to be the cobbler in the Howick Village Mall, and I was there for twenty-eight years. I had to leave there shortly after the big lockdown because my then boss decided not to renew the lease. So, I’m now involved in radio, but as well as East FM, I’m involved in independent radio through a phone app called Radio Schmadio, assisting them with any technical issues. It keeps me busy!

I’ve always had that interest in music and radio, so it seemed like a natural fit for the two to go together. When I was younger, I used to listen to radio a lot; it was the only way to hear new music as there wasn’t Spotify around. I was browsing the internet one day and saw that you could start up internet radio stations yourself. It was easy and didn’t cost anything, so I started doing that from home and really enjoyed it. I bought my microphone and mixer and set up in the living room!

The Business Association came to me and suggested having a radio station for the whole area – which was how East FM (originally Howick Village radio) got started. We get people tuning in to East FM from America, the UK and Australia every so often. We’re listed on a lot of the main directories for online radio stations and people can scan through and tune in.

We’ve had close to 150 volunteers come through the station. Some have gone on to have successful careers in broadcasting. Our volunteers are usually one of three things; they are either very community minded, or people interested in radio who never previously had time, or young people wanting experience to move into the broadcasting area. We’re very fortunate to have been able to get people into the prestigious broadcasting school in Christchurch – a couple of years ago, two out of the twenty-four year-group students were both volunteers from here!

I’m a firm believer in treating people how you’d like to be treated. I love the people in Howick. When I left the cobblers, the thing I was most worried about was missing the people that I’d seen grow up. Generations had come through the shop. Thankfully, we live local and shop local, so we still see the same people in the supermarket, but I love that community feel, that everyone knows everyone. That’s what I really like about the village.”