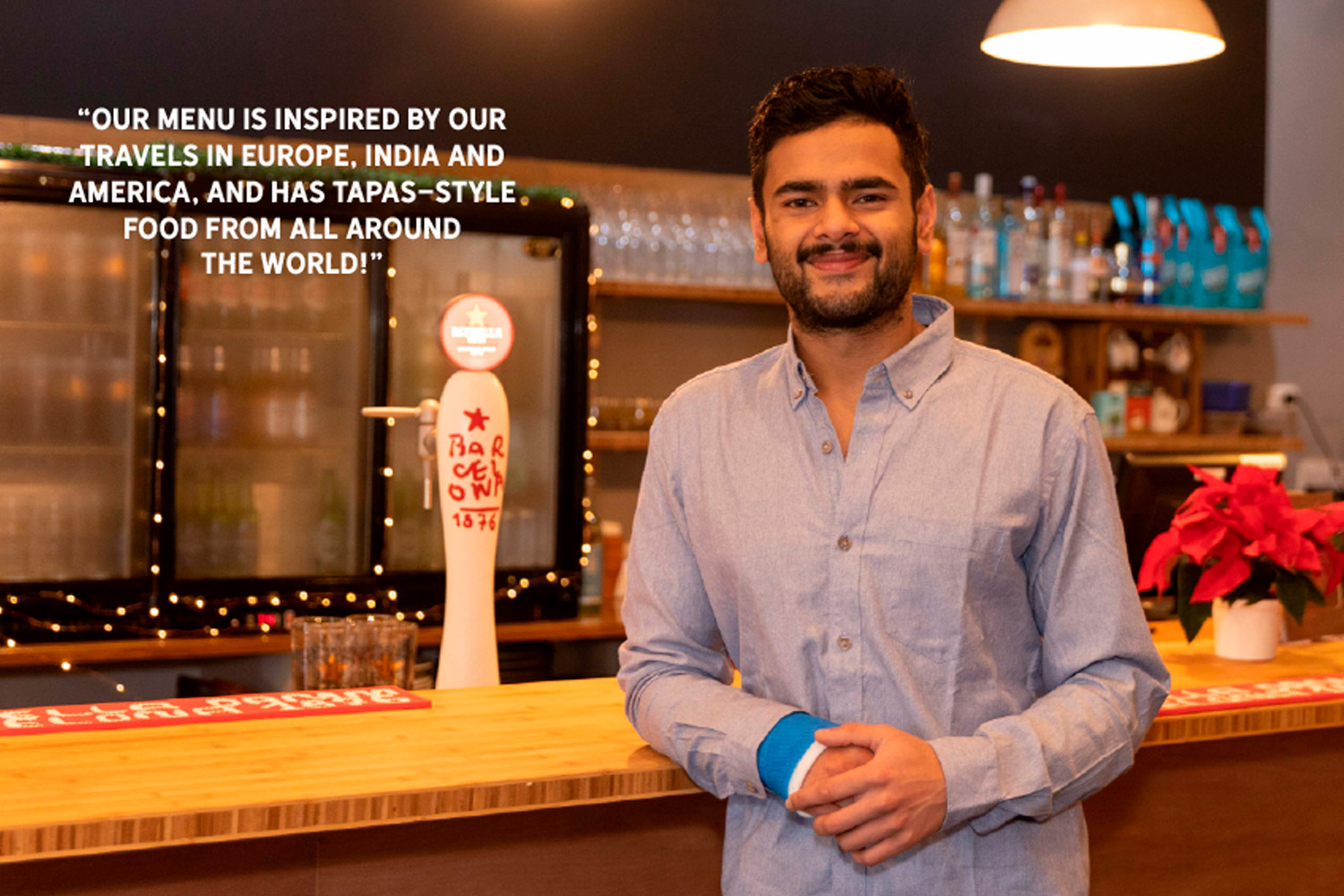 “I’ve been in Howick since 2005, when we moved here for the schools. I went through Bucklands Beach Intermediate and Macleans, then on to Uni. While studying, I worked at the Apothecary and Basalt, ending up as the manager there. In total, I was in Howick hospitality roles for about six years before opening our café.

My brother had been working as a chef in Aussie at Café Sydney, one of the smartest restaurants on Sydney harbour. I went to visit him once and they wouldn’t even let me into the restaurant. I had to make a fake reservation in order to get in, and when they figured out what I’d done, they showed me to the lift again! When my brother came home from Sydney he picked up a job at Basalt. We ended up working really well together and thought that we should do it ourselves. We went into partnership and Rombus was born!

The name comes from the shape Rhombus – my dad, brother and I came up with the idea late one night – I think there was a kite festival going on in India at the time. Someone said ‘kite’, and then it bounced off to Rhombus and that was the only thing we remembered the next morning! We thought alright then, Rombus it is – we removed the ‘h’ to make it ours.

We’ll have been open for nearly three years in February, and we now have seven staff. I thought it would be easy, but it has been a steep learning curve. It is tough because you don’t know all the things that go into it, there are a lot of hidden costs that I wouldn’t have even thought of.
I love that Howick is a tight community and that there are happy faces everywhere. I recognise a lot of faces from my days at the Apothecary and Basalt and that’s really nice. It’s a good community.

If I had to describe our food, I would say it’s inspired by dishes we experienced on a three-month trip to Europe, and a couple of weeks in India just before we bought the place. My parents went to America and bought some things back as well, so our menu has food from all around the world!
We have got some Spanish tapa’s, Indian food and American influenced dishes like buffalo wings. The concept & vision for Rombus is small plates for sharing and also for larger gatherings. You can go and get a steak somewhere for thirty dollars, whereas here, you get two different things for the same price.

I was worried about how we were going to cope during lockdown this year. Even with the Government subsidy, no one made money but we could still open which was amazing. Level 3 Howick was a gem, everyone came out and supported us. I even saw a gentleman walking around with a ton of brown bags collected from local cafés, where he had gone and bought a muffin from each. The second lockdown caused everyone to start taking it a little more seriously; that hit us a bit harder. People still came but it wasn’t like the first time.

I’m proud of Rombus surviving the lockdowns. There was a lot of support injected into the business from my family, that helped a lot and allowed us to just get on with it. We’ve got a large ‘work in progress’ mural on the back wall of our café. We’ve all been contributing to it with things we like or thing that inspire us. On it is scrawled a verse from the Eagles song, ‘Take it to the Limit, one more time. That’s a verse I would say sums up my attitude to life!”

Paper Plus
Scroll to top